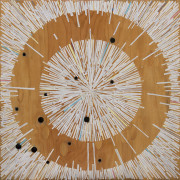 From 1983-1986, I served in a special operations unit stationed at Fort Lewis, Washington called the 2nd Ranger Battalion. Although it was not much of a stretch from the upbringing I received in my family of origin which, essentially, was preparation to become a soldier, the pace and extreme nature of the Ranger Battalion has me, at times still, catching my breath.

Among other events, what continues to permeate my day to day life from my service, is the loss of many friends, friends who I learned to trust through sheer proximity and intense stress. I am tempted to write their names here but I don’t feel the need to. They are with me always and sometimes, they are ghosts, reminding me on not so good days, of the loss of many things. The most significant injury for me is moral injury–that the dehumanized and professional soldier that I volunteered to be was at the behest of a larger ideology based in subjugation and manipulation of sovereign nations. In this case I am speaking about the Contra war from 1980-1990, a war won through sheer atrocity and terror. I was on the border of Nicaragua in 1984 doing combat patrols with contra soldiers attached to my squad as part of a larger and quite unknown operation at the time. The larger context of the operation was to put pressure on the Nicaraguan people during elections, and as a live, real-time “rehearsal” for a land invasion of the country from Honduras.

Over the past 8 years I have gone to New York for a retreat for veterans, their family and friends, titled: “The Costs of War, Violence and Denial.” At first I was an attendee benefiting directly from the various forms of meditation introduced by the Zen Buddhist Monk, Claude AnShin Thomas. The last retreat, April 2015, I went as both a participant and a assistant, and since my first veterans retreat in 2007, I have since taken lay ordination into the Soto Zen buddhist tradition.

As a participant, I was asked to write down on a piece of paper, any medication I was taking—a way for Claude AnShin to illustrate and emphasize the importance to continue their course—that the various practices we engaged in where in no way a replacement for prescribed medication. Over the years, my list has gotten smaller, the last several retreats, I have been free of all prescribed and self-prescribed medications. It wasn’t until going to the Magnolia Zen Center in Florida, the center where Claude AnShin takes up brief residence as his vows of mendicancy encourage him to travel and move constantly, I spied a rough pile of papers in his office. I asked Claude AnShin what that was about and he said it was the medication lists collected over the years and he did not quite know what to do with them. As an artist, I instantly wanted the papers for yet another collection of material for, possibly, yet another unrealized art project. Claude AnShin gave them to me as well as the next two years of lists, insisting that whatever I create, the information and persons attached to the lists remain anonymous. And, over the next 2 to 3 years, Claude AnShin would ask how the project was coming…often giving voice to my own resistance to working on the collage. I kept away from tackling the project because, perhaps, I was not resolved about the question of medicating my own discomfort. Maybe I was just lazy. Maybe a variety of motivations. Underneath all of them was resistance.

The mandala/collage is a meditation. The work represents a integration of two definitions of mandala: 1) As Oriental Art. A schematized representation of the cosmos, chiefly characterized by a concentric configuration of geometric shapes, each of which contains an image of a deity or an attribute of a deity. And 2) (In Jungian psychology) a symbol representing the effort to reunify the self. Perhaps the work also represents a dialogue between the community of veterans affected by their military service and my own work toward integration and healing.

The Veterans Administration is given the burden of ameliorating the fundamental human atrocity of war, violence and trauma. Faced with an ever urgent problem of escalating veterans suicides, the VA, now more than ever, relies on psycho-pharmacological suppression of symptoms and because of this, many veterans are prescribed medications and, in turn, are then prescribed medications to offset the side effects of the original medication. In other words, the Veterans Administration, administers to management of symptomatology, not healing and transformation.  In the first definition of mandala, there is a reference to an “attribute of a deity.” In this case, medication acts as such a deity This god functions as a panacea for tamping down the bouquet of suffering from traumatic experiences, from the trauma of dehumanized and industrialized killing: war.

In the end, the definition of war is not the exclusive domain of the battlefield. It exists in our society, in the realm of power dynamics in exaggerated gender roles (the war against women), interpersonal violence (the war against children), unrealized liberation (the war against gender/sexual identity and expression), social conditioning (the war against the unknown, racism and zenophobia), and ultimately, the externalization of human suffering: pointing the finger at the other as the source. I don’t want to say that oppression, violence and injustice are not there and I do want to take responsibility for how I perpetuate those systems from my own life and attributes and circumstances. How not to be violent is a far more complex question than merely putting down my weapon.

Expanding outward and inward, as the mandala suggests, medication as diety becomes an interpenetration of the good in the bad and the bad in the good. The mandala represents the collective suffering and healing and transformation from the invisible wounds of war and trauma. Perhaps the mandala represents a transformation of the discriminating mind to that of undifferentiated awareness. Maybe the mandala is just a thing I made and through the process, I was made less fractured and more accepting of my own war and military experiences that continue to play out in my mind, day after day, and sometimes, night after night.

In North American culture, the Buddha is often used in reference to a specific individual, Shakyamuni or Siddhārtha Gautama, the historical figure commonly known as the progenitor of buddhism. In the simplest sense, “buddha” means awake. Maybe the confusion is in the pairing of the both names and definition as one and the same, as in Shakyamuni Buddha. With the medication mandala, the fundamental symbol is that of our inherent awakened nature: our unbiased, undifferentiated awareness. The components that make up the mandala consists of the differentiated mind, the mind averse and conditioned to avoid and escape suffering at every turn. The parts of the mandala, the segregated symbols and signifiers of medications are the confetti of suffering.  Escape from reality is much like the purpose psychotropic medications serve with regard to the community of effected veterans.

Only in looking inward as the mandala suggests, does transformation exist. Only in addressing the underlying pain of trauma are we able to integrate the reality of that trauma. Meditation, rooted in breath awareness, is one tool that has benefited me in looking inward. What has also benefited me is turning away from psychotropic medication and receiving help to further develop stability with which to continue to investigate my own suffering. I must say in the end medication did, at some point, help me. I believe it bears some utility as an intervention and only as an intervention. Ultimately, I have to trust my living organism to adjust. And paying attention to my breath is an act which demonstrates that trust.