As a professional soldier, I had the unique privilege of seeing the wild, undeveloped areas of North Africa, the Middle East and Central America.  My unit deployed to remote and isolated areas, where extreme poverty and lack of civil society was widespread. I saw how closely connected and unmediated the relationship was between the people and their environment. The Hmmwv/Landscape series provided a way for me to explore the lessons I learned from that time – lying close to the earth, awakened by my absolute powerlessness in the universe.

Many years later, I was fortunate to have access to defense-contracted Military Off-Road training with special operations units. I gathered photographic source material of active duty units training in the California and Nevada desert. I last photographed Marines from the 1st Marine Special Operations Battalion in July 2008.

The inspiration for the work is twofold: my personal military history, service in an Army Ranger unit in the mid-1980s, and the current wars conducted on behalf of the United States. I painted these images as an attempt to humanize the frozen parts of myself: areas forever altered by my Army service. These often-simple tableaus were created from ruminations on war, violence and trauma.

Before I was introduced to art-making as a tool, I internalized my trauma and stayed isolated from society and also, from the most intimate connections in my life.  Stuffing this global experience down only lead to it leaking out sideways into depression, substance abuse, high-risk behavior and violence.

Painting is a way for me to learn about who I am and what is the residue of my military enlistment. Painting is an alternative mechanism where I can look deeper into my military experiences and face directly the ways in which I am changed. Through this process I declare ownership of my past and reconnect to the intimate process of discovering the future. 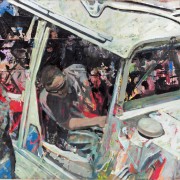 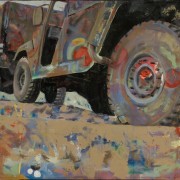 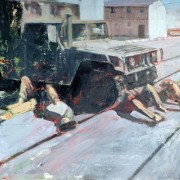 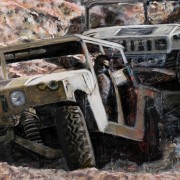 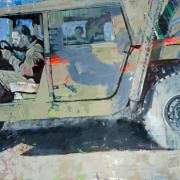 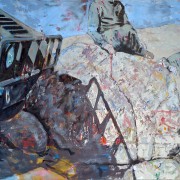 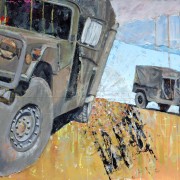 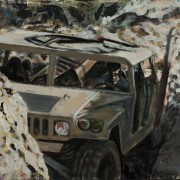 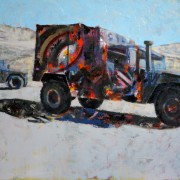 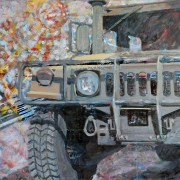 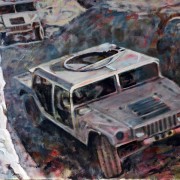 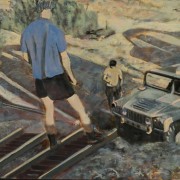 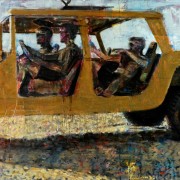 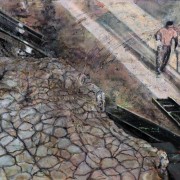 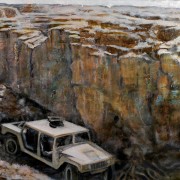